Can you remember the last time you made a general check-up around your shower room? The last thing you want is to be caught off-guard with a number of drain monsters lurking in your shower drain especially when you have kids living underneath the same roof. Just imagine the dose of hair going right down to your shower drain every single day. It is terrible when the shower drain cover stuck

Although oftentimes overlooked, shower drain covers are actually very important parts of a bathroom. Not only they ensure you don’t lose pieces of jewelry down the drain when you forget to take them off during a shower, they divide the drainage pipe and shower enclosure so that large debris do not cause clogging in the drain and ripple into more plumbing disasters.

It’s great having the option of someone do it for you when trouble comes. The thing is, you can’t afford a mechanic, a plumber, an electrician, or any home-fix expert every single time something needs fixing. You can take the lead and learn how to remove shower drain cover on your own and never worry about any clogging. It’s simple and quick!

The first thing you need to know about removing a shower drain cover is to examine how it is attached. Most of the shower covers are attached with either a single screw at the center or by two screws along its edges. Some shower drains, however, are not connected by any screw; metal flanges are used, and they let the drain cover pop in and out of place.

That said, here are some of the most common shower drain covers out there – I’m sure the one you have in your household will fit one of the descriptions below:

Once you have checked the style of your shower drain cover, it is time to gather the specific tools and materials you will need to address your drain concern. Examine how drain is attached before removing it

Things You Will Need

For shower drain covers that are attached by screws, make sure you have a screwdriver appropriate for No. 2 Phillips screws, a flat-head screwdriver, an ample amount of lubricant, and a small cup to keep the screws when dislodged.

If your shower drain cover comes with no visible screws, then be ready to have a pair of needle-nose pliers, a lubricant, and a putty knife. 1. For the shower drain covers that are attached by screws, they will most likely be No. 2 Phillips screws. To remove them, you'll need nothing more than a screwdriver.
If the screw is stuck, you can use the palm of your hand to apply pressure on the top end of the screwdriver’s handle while using your other hand to turn it.

Furthermore, you can apply an ample amount of lubricant or a penetrating catalyst to force it out of its place. After removing the screws, make sure to prevent losing them by setting them aside in a small cup. Use screwdriver to remove Phillips-screws on shower drain cover

2. Once the screws are set aside, you can now pry the cover open by inserting the tip of the screwdriver through an opening near the rim while pulling down on the screwdriver handle. It should give you a bigger opening, and if there is any clog underneath, you can use a putty knife to clean it off quickly.

3. If the cover does not come up as quickly as expected, don’t worry; you can loosen it with the aid of a flathead screwdriver and a hammer which you can use to tap around the rim.

Use the screwdriver to snoop it away from the drain when it is loose. If your shower drain cover is attached by no visible screws or any form of support, it means your drain has a “snap-on” cover.

These drain covers are most likely being held in place through some silicone adhesive, thus, would entail a little bit of force to pull them out. Again, you don’t have to get all panicky, because you can do it on your own pretty quickly:

1. First, you need to spray some lubricant along the drain cover’s lip. Be patient in doing this, and leave it for a few minutes, allowing the lubricant to settle in. Spray some lubricant along the drain cover’s lip

2. Next, insert a pair of needle-nose pliers into an opening on the drain cover. 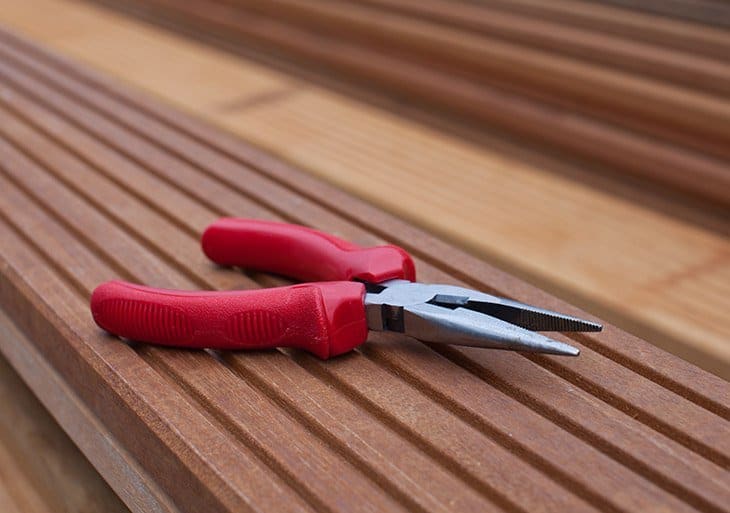 3. With firmness, hold the pliers securely with both hands - one hand per grip and then twist to the left. The adhesive will loosen eventually, as long as you continue to apply steady force.

4. If the cover doesn’t get loose, more lubricants might be needed. Spray generously unto the drain and be persistent. Once the cover has been removed, go ahead and get rid of the debris down the drain pipe and using a flathead screwdriver, scrape away any build-up of soap scum or corrosion around the shower drain cover perimeter.

The below video will help you know how to remove pop up shower drain:

Okay, so, you followed the instructions to the letter, but the dreaded hair monster is still there, clogging your drain.

What are you supposed to do now?

Here are some additional things you could try:

Maybe the clog is located somewhere where you can’t reach it, which means you’ll need some extra help to get things moving again. That’s where the good, old plunger comes in – fill your shower with one or two inches of water, and pump the plunger energetically a few times, before you check the draining capacity. If needed, repeat the process three or four times.

Baking Soda And Vinegar Will Do The Job

Chemical-based drain cleaners might be the first thing that comes to your mind, but give this non-toxic method a try, first. All you need is ¼-cup of baking soda followed by one cup of white vinegar.

Let the mixture sit in your drain for about 20 minutes, then flush it down with a pot of boiling water.

If all else fails, you might have to purchase these inexpensive, yet pretty efficient drain clog remover tools in your local home improvement store. All you have to do is feed it down the drain from several different angles, and every time you pull it back up, a portion of that gnarly hair and soap build-up should resurface from the drain, as well.

Having learned all these do-it-yourself techniques in removing your shower drain cover, do you now feel more in charge of your home? Whether you are a stay-at-home mom, a grandmother, or a child, these quick tips are straightforward and easy to apply. Gone are the days when you had to spend your hard-earned cash to make your home a comfortable place to live in; now you bring in the comfort yourself.

Remember that once the little things that matter are overlooked, they can create significant damage to our comfort and convenience, and even to our entire day! Don’t let the small glitches take the best of you. Take over and be in charge!

Share a thought - have you been in a situation like this? Let us know in the comments below.

Milwaukee vs DeWalt – Which Tool Brand Is Better?